In both my corporate training work and improv teaching I've been exploring a theme: you are enough.

It's the concept that your experience, your wisdom, your approach, and your interpretation are all ENOUGH. 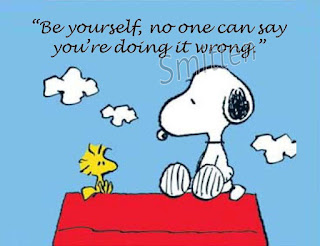 We spend so much time not being as confident as we could be because we're second guessing our worth and inner genius. The performers (and communicators) that I've noticed to be most comfortable in their own skin seem to know that they are enough.

So approach your moments with the confidence that if you listen you'll find the answer, if you're present you'll connect with everyone, and if you be yourself it will be the greatest gift for everyone else.

The very last line or beat of a scene is called the "button". The button can be a funny line that sums up the whole story, or a pun that ties everything up in a funny way, or simply the final remark. When you get good at delivering a button, you can dramatically improve the lasting impression of your scene.

The button is hard to master - it's half in the delivery and half in the content. I've seen many terrible scenes (because they were not going anywhere or not clear) vindicate themselves because an improvisor quips in with a clever ending line that makes everyone feel better. The button saved the scene! I've also seen many great scenes seem to fizzle at the end because they couldn't find a neat way to wrap it up.

So here's how to master the button: It's a mix of delivery and content.

The delivery: The button has a certain definitive sound. It usually ends on a downward inflection versus an upward inflection that would make it sound like a question and continue the scene. This aurally suggests to the audience that the scene is done. "And that's why I'll never eat cotton candy before going to a bike shop ever again!" Try reading that sentence with a downward inflection at the end. You can make it FEEL like the end of a story by going up on the word "ever" and down on the word "again". The delivery can indicate that it's the final line. Get used to feeling when a scene is coming to a close and experiment in the timing around delivering that button. There will be a window of opportunity when it's clear that the scene needs a good button to end on. Sometimes it can be sooner than you think.

The content: A good button sums up a scene. It can be what a character learned from the situation, what was experienced in the scene, or simply a positive note. This is the time to think back on the suggestion that inspired the scene, what happened to the characters, and what the audience liked about the scene. Ask yourself if there are any loose ends that you could tie up in that final line. Is a pun coming to mind? If none of these options are obvious, you can always end on a positive note "... and that was the best trip to the doctor I've had since she used to give me lollipops." Ending positive will always be a good note to end on, whereas a negative ending can be a drag if your joke doesn't land.

So, pay attention to endings! They often contribute to your overall reaction to a scene. Master buttons, and feel confident that you're going to tie everything up at the right time with the right words.

My goal is to "be in the now" when I perform on stage, when I teach, and in the biggest moments of my life. These are the lessons I've learned along the way.

Help me raise $ for Easter Seals 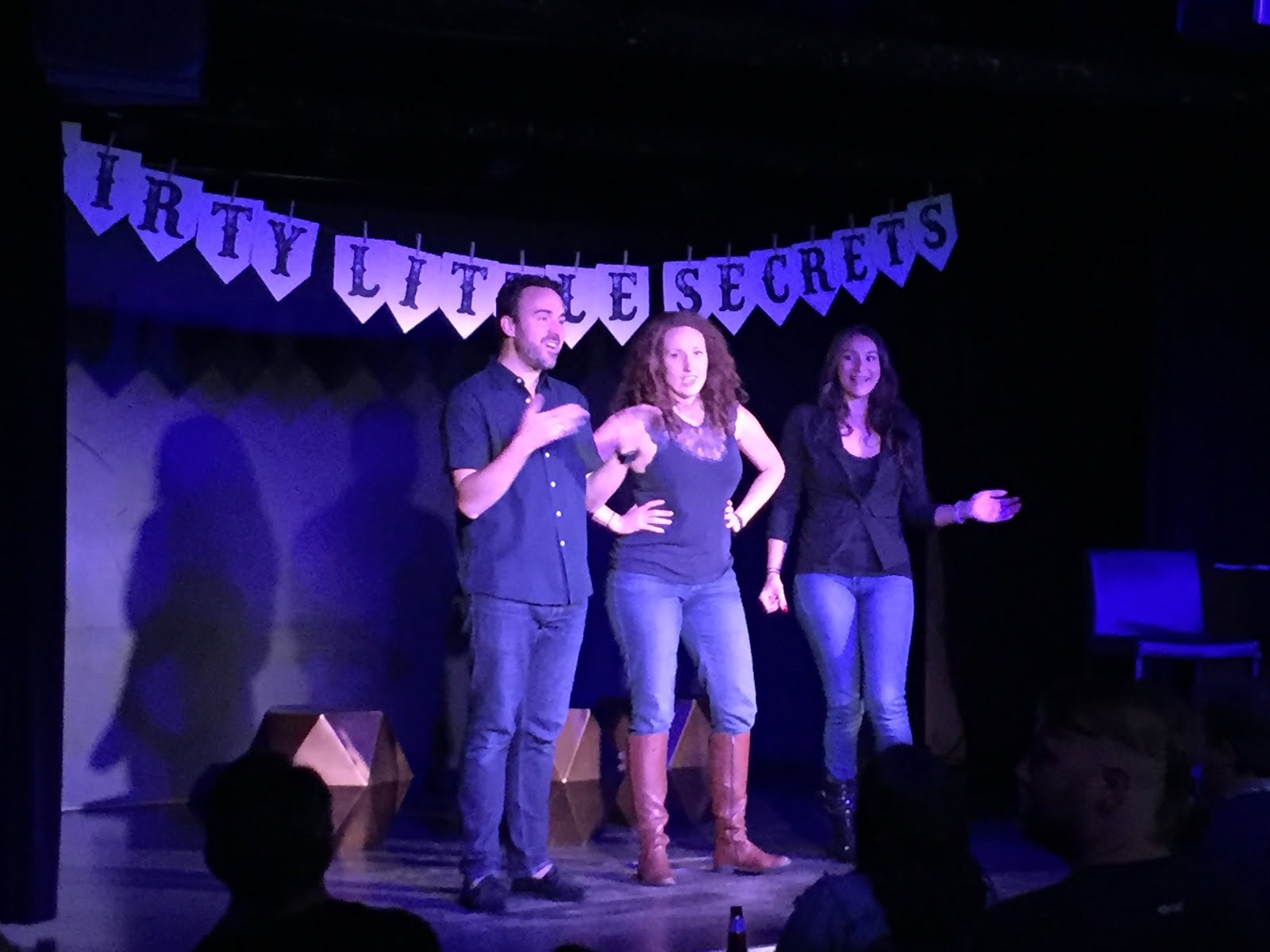 Well, it's been 5 years since I've grown a MO for Movember. For my dad, for my nephews, and for myself.... I'm joining the team...

Catch me in my comedy improv shows! 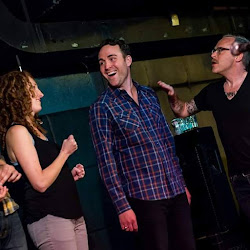 I'm a professional improviser and certified teacher. Originally from Toronto, my home is in Vancouver and I've lived in New York City.

Visit The Humphrey Group to see how I use my training as an actor and teacher in Corporate Leadership Communication. 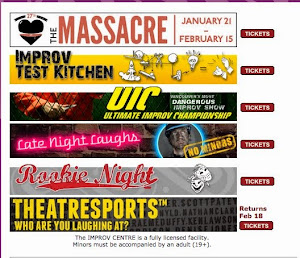 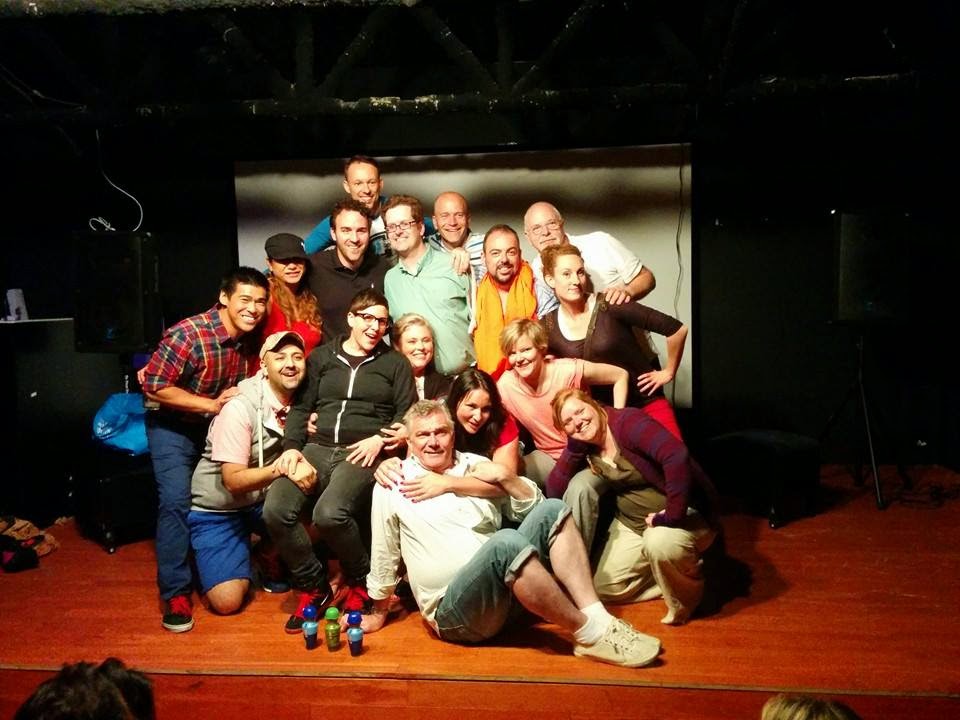 To showcase singular moments, you must be "in the now" and "present". This allows you to have an awareness of the moment that you are participating in. I help others find singular moments in the workshops and courses that I lead. I aim to create them when I perform in shows and host events. I've learned that we can always create wonderful moments on stage.

In high school, I competed in the Canadian Improv Games. At Queen's university, I studied improv and performed in a comedy musical bar show. As a high school teacher, I taught improv and ran the improv team. After moving from Toronto to Vancouver, I trained in improv with The Bobbers Queer Comedy Troupe and in the Rookie League at VTSL. In New York City, I've trained at UCB and The Annoyance Theatre.

Hosting comes naturally to me – it’s about being a leader in the room. I developed hosting skills at summer camp on the camp program team. I've since hosted big events like the opening of Robson Square at the 2010 Olympics and countless corporate events and functions. I continue to host improv shows in Vancouver and also on television, where I was the three year co-host of Outlook TV on Shaw Cable and OutTV, showing weekly.

I started out as a swimming teacher, then became a high school teacher, and now I'm an improv teacher and corporate communications consultant.